Why Didn’t I Get Invited Mommy?

Posted on December 12, 2011 by admin with Comments Off on Why Didn’t I Get Invited Mommy? 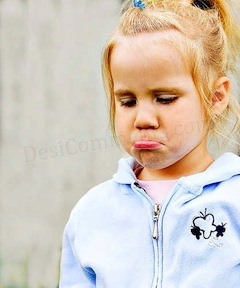 This question is one that I hope you never get asked.  It is truly heart breaking to see a little of the innocence of your child erode before your very eyes.  As a parent you can’t or you shouldn’t be blunt about this answer, especially if your child is young.  However, you don’t want to totally sugar coat it either or lie.  Try to be honest and still let him/her down easy.

One of the best ways of approaching this would be to let them know that sometimes there is a limit to how many people that other child could invite and it’s not that that child doesn’t like them it’s just that they had to make a choice of the friends they know the best or have known the longest.  It helps if that is somewhat true if you are going to go with this explanation.

Another way might be to explain to them by way of an example.  Have them make a list of 8 friends that they want to have over.  When they get done ask them why they invited those 8 friends and not one of the other kids in their class.  Listen to what they say and then ask them if maybe one of those reasons is the reason that they didn’t get invited this time.

Protecting your child’s sense of self-worth is important.  You don’t want your child to feel like there is something wrong with them because that other child didn’t invite them.  Remind your child of their strengths and good qualities as often as possible.  Tell them that the child that didn’t invite them just doesn’t know them well enough to know all of their wonderful qualities and that when they get to know them better they will like them even more and maybe invite them next time.

The stronger your child’s self-esteem is the better they will be able to handle a perceived rejection like this.  Explain that it’s that other child’s loss because you would have been lots of fun to have at that party, but maybe next time.  Make a plan with your child that if they really like this child and want to become better friends with them that they should plan to have them over to play.  This may improve the friendship and avoid this in the future.

Not being invited to something is a fact of life that everyone has to go through at one point or another in their life.  Giving your child reasons why this isn’t a personal attack on them will help them to be better able to cope with the disappointment.  Let them know that it’s okay to be disappointed, but that they shouldn’t spend a lot of time dwelling on it.  Try not to let them “stew” about it.  Some children will ask what is wrong with them that nobody likes them etc.  Try to get them involved in something else so that they don’t have too much time to think about it.