5 Things to Teach Your Child About Riding the Bus

Posted on September 13, 2012 by admin with Comments Off on 5 Things to Teach Your Child About Riding the Bus 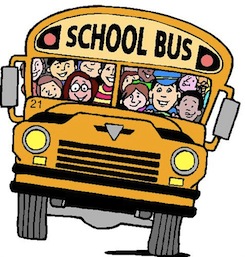 When the time comes for your little one to begin attending school, it can be heart-wrenching to watch his tiny little form clamber up the steps of the massive school bus, knowing that he’s growing up no matter how much you may not want him to. Even though you can’t stop him from getting older, you can help him prepare for this transitional age in his life, starting with what to expect when riding the school bus. There are a wide variety of things that your little scholar should know before he takes his first school bus ride, but these five are among the most important.

To get children prepared for their first trip on the school bus, role play various scenarios and talk about what to expect from the trip. Be sure to include everything from boarding the bus, to paying attention at each stop, to exiting the bus safely, and everything that could happen in between.