10 Reasons Spanking Your Kids is a Bad Idea

Posted on October 07, 2013 by admin with Comments Off on 10 Reasons Spanking Your Kids is a Bad Idea 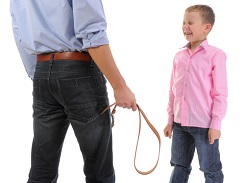 While spanking kids is still a practice adhered to by some North American parents, it’s one that is met with its share of controversy and opposition. In fact, according to the Global Initiative to End Corporal Punishment of Children, 33 countries around the world have enacted laws that protect kids from being struck in any form or fashion by adult authority figures. Spanking is somewhat ingrained in the cultural fabric of many American families, but that doesn’t make it any less damaging to kids or to parent-child relationships. Before you answer bad behavior with a swat to the behind, here are 10 of the things you should first consider.